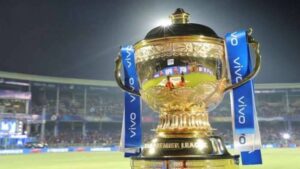 The Tata IPL 2022 final will be contested today, May 29, 2022, between Gujarat Titans (GT) and Rajasthan Royals (RR). The Indian Premier League debuted in 2008 after the Indian cricket team won the first World T20 tournament in a dramatic final against Pakistan. What began as an ambitious initiative 15 years ago is now regarded as the world’s greatest Twenty 20 league. The Mumbai Indians is the most successful IPL team, having won the event five times and becoming runners-up once. Chennai super kings is only one that team who wins four ipl and finsihed in second once.

Match Time: The league and playoff matches started at 7.30 p.m., although the final game was delayed owing to the closing ceremony.

Where to watch the complete final match:

The temperature is forecast to hover around 37°C on the matchday with 55 percent humidity and 18-21 km/hr wind speed. Below is no aspects of this finale match prediction

The surface of the Ahmedabad stadium may be of varied character depending upon the pitch chosen for the match. The red dirt pitches tend to dry down sooner and benefit the spinners. The spinners have had a strong run at the venue as far as the former matches are concerned.

The hitters frequently find it tough to get going here. The arena has witnessed numerous low-scoring games as well. The wider borders in the stadium further contribute to the difficulty of hitters here.

The Tata IPL 2022 will witness the last match of this season between Gujarat Titans and Rajasthan Royals.

Gujarat Titans will be taking against Rajasthan Royals for the third time in the last match of this season of the Tata IPL.

Gujarat Titans ended at the top of the points table of this season of the Tata IPL, while Rajasthan Royals finished second place on the points chart.

These two clubs have played two matches against each other this season thus far, where Gujarat Titans won both matchups against Rajasthan Royals. The largest franchise cricketing event of this year is all ready to culminate with this grand final. A terrific match is predicted today between two excellent squads.

Who is the best player in Gujarat Titans 2022? 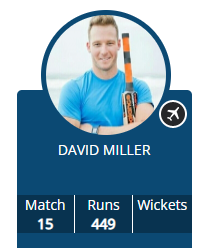 David Millar is the best player in 2022.

Who is the best player in Rajasthan royals 2022 ? 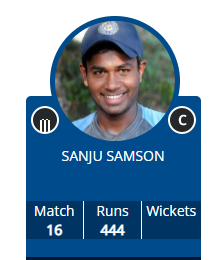 Sanju Samson is the best player and captain of Rajasthan Royals. 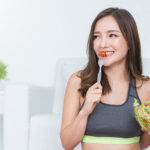 How To Eat More and Without Getting Fat

How Shades and Roofs Level Up the Value of an... 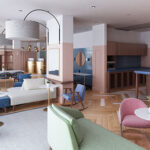